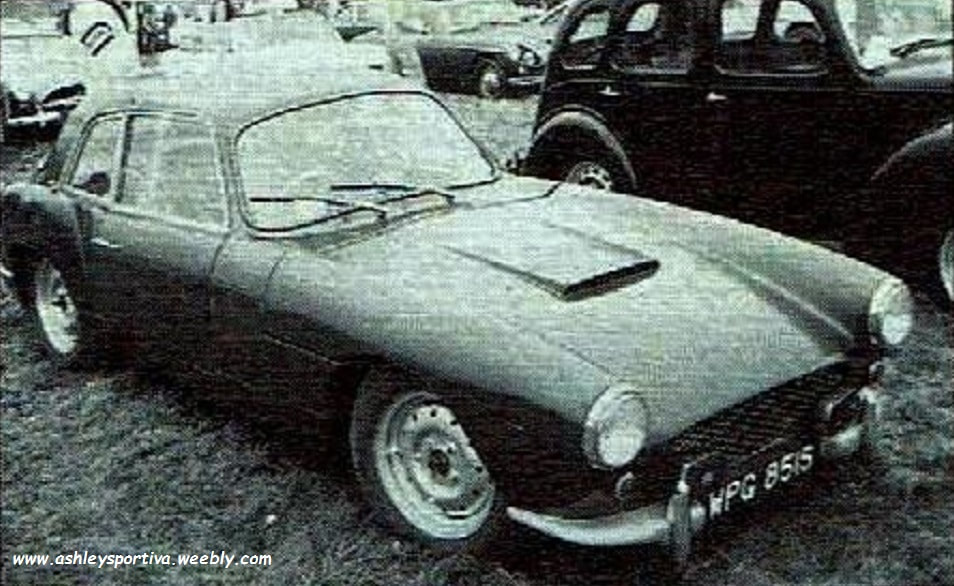 I found this Sportiva in the FSCC Ashley Registry files it was owned by Steven Mills of Walsham-le-Willows, Suffolk, at the time, March 1997 and he was an FSCC member.

From his records he noted that he had owned an Ashley 14 years previously in 1983 and he had given the following details for
​his current Sportiva: 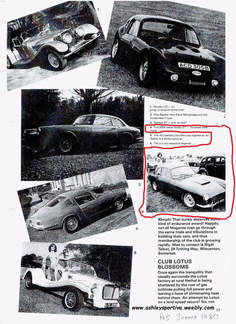 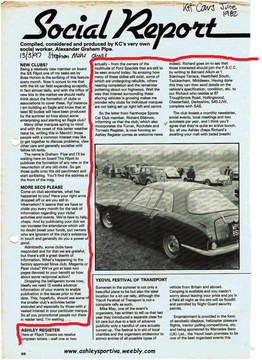 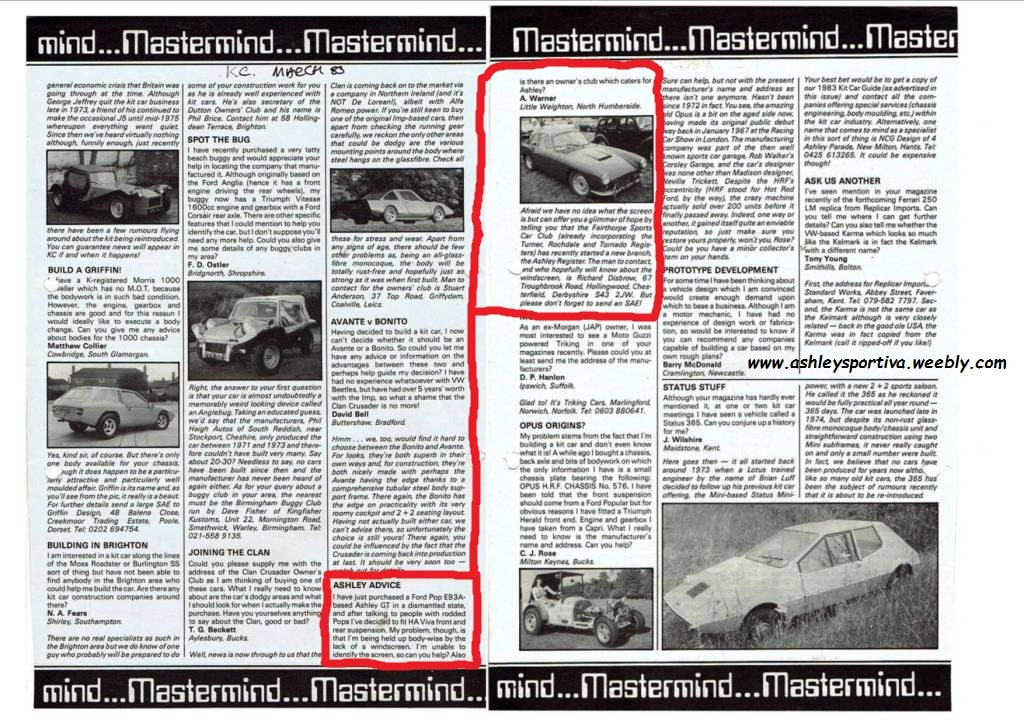 He also noted that he was re-registering the Ashley and that the new Registration No. was to be RSY 255
This appears to be a DLVA Age Related SY series number.

This is interesting in itself as I had found mention of that
Registration in
August 2014
Press Button below to see
RSY 255
​Also if you have any information about this
Ashley Sportiva car
Registration No.
WPG 851S