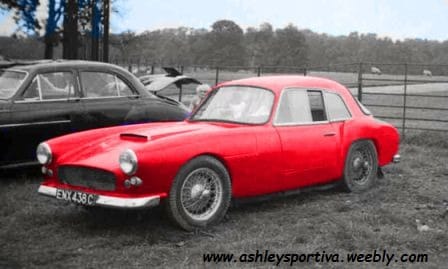 I found this photo and question on the forum pages of www.prewarcar.com
“One of our readers has sent us this photo which was taken in 1979 at Stanford Hall during a Wolseley rally.
When we saw this picture, our first thought was: “It’s a Warwick!”
But then we looked better and found that directly behind the doors the body is different.
So we started to Google at Warwick, Peerless, Gordon Keeble and early TVR, but all to no avail.
So we put the question to you. Perhaps you were there at Stanford Hall in 1979 and can tell us what this is”?
Tuesday, 20 September 2011

After a few suggestions the members came up with the correct answer which is of course a 1965 Registered Ashley Sportiva Colour RED.

I noticed that one member checked with the DVLA and found it was still registered as "ENX 438 C" and named as an "AshleyPheonix".

Previous to finding the Forum question I had seen this advert for an Ashley Sportiva for sale in Brussels. Belgium on www.classiccarsforsale.co.uk
“ASHLEY SPORTIVA (Yellow)-FOR SALE” June 2008 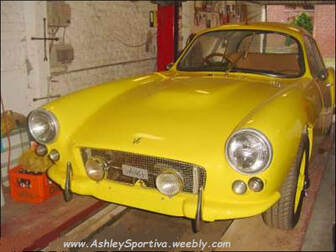 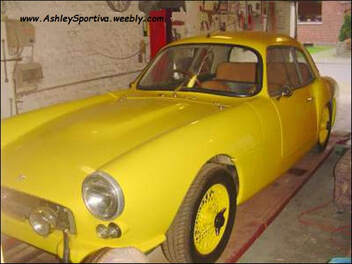 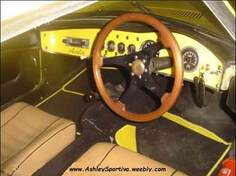 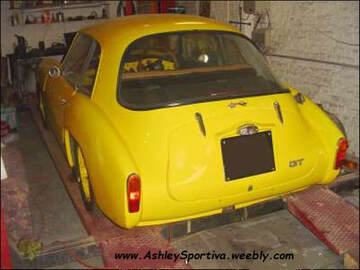 (It must have been too highly priced and not sold in June).

But wait, here it is again. 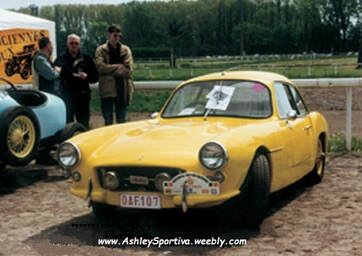 This photo courtesy of the internet Car Photo's
Sometime after this, the car whether sold or not was photographed at a track meeting/event on 26th April 2009 (see photo @ left hand side)

If anyone can identify the event from the event registration board and/or tell me the country of the Car Registration OAF 107,
please email me at
Ashley.Sportiva@yahoo.com.au
Then along comes this, yet another article on the internet.
(Don’t you just love it)? 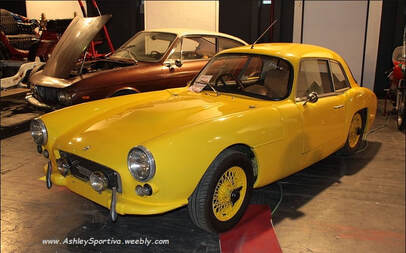 This photo was taken on 4 December 2010 by “El monty” and posted on www.free-photos.biz 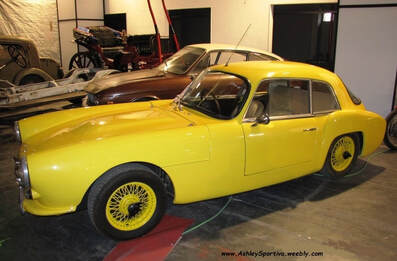 I do not know if it will be useful for you this information, but I inform you that the Ashley  ENX 438C was on sale in the Salon Autoretro in Barcelona, Tuesday 7th December.
My ignorance of the mark was total and seeing your website I could find out many things about this vehicle.
Congratulations on the web which is very useful for car enthusiasts.
Greetings.
Jordi Casadesus Gine 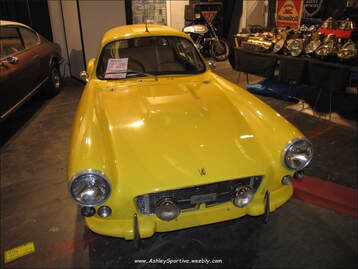 The following photo's courtesy of Jordi Casadesus Gine
On careful inspection of the Belgium advert pictures you can see that for some reason the number on the rear registration plate has been painted out. (using Paintshop or equivalent software).

It’s the same car as in Belgium and upon further inspection of the rear view the registration plate number is "ENX 438 C" so the Ashley/Phoenix rises again, not in UK now, but in Belgium and then Spain.
(I wonder where it is now)? 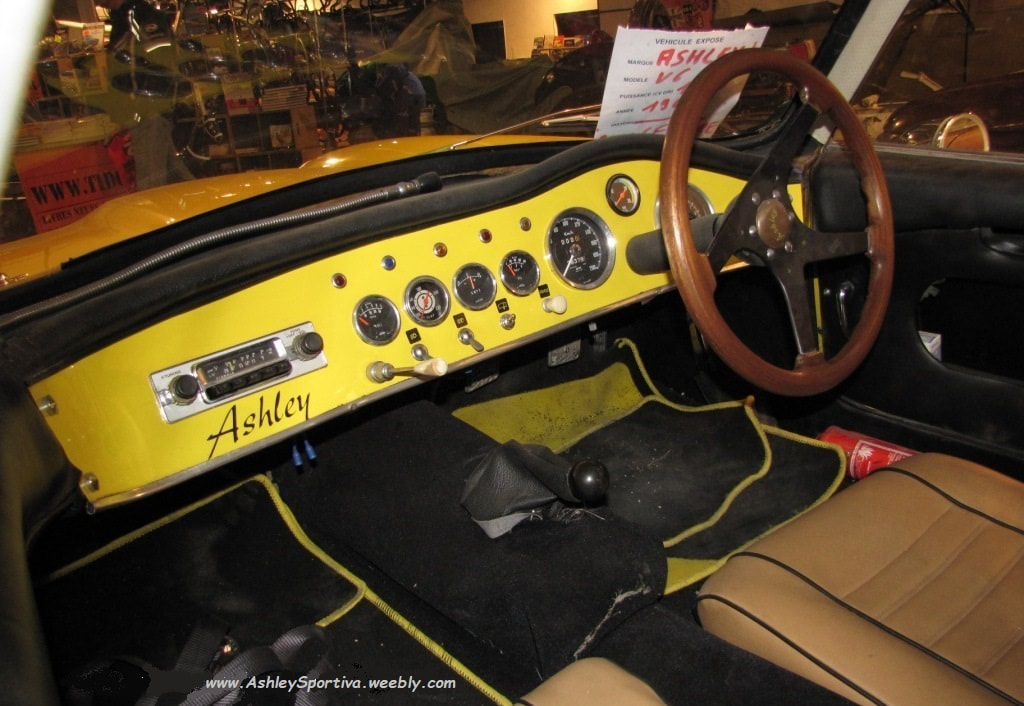 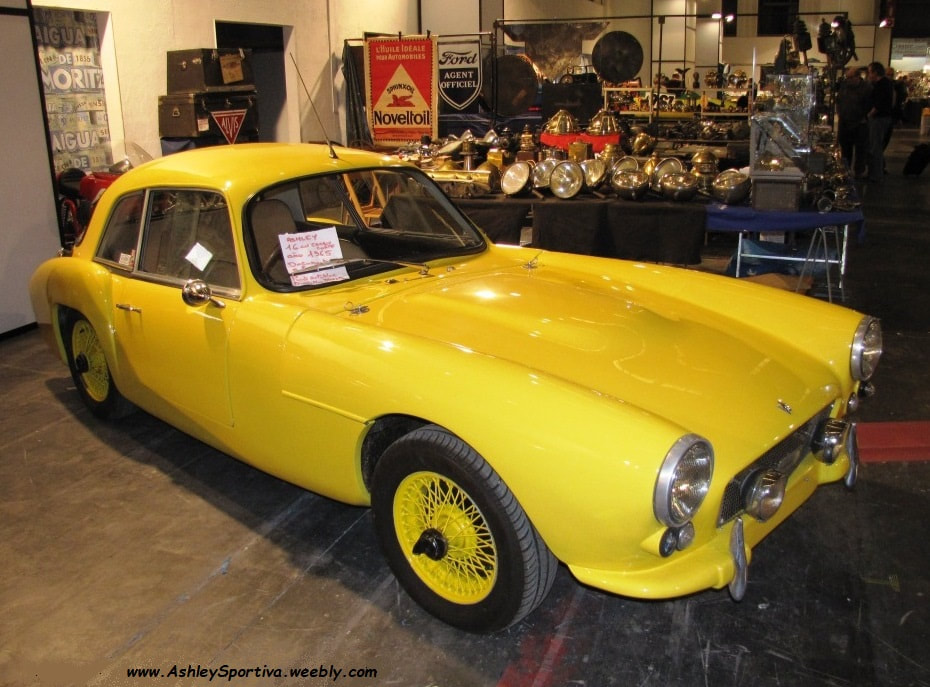 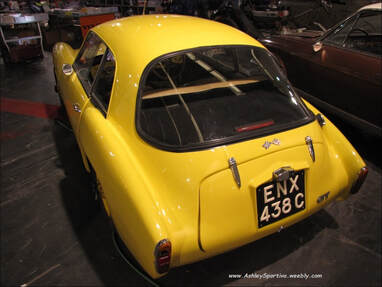 The car is definitely the same car in all 4 places, there has been some modification work on the bonnet to fit the larger V6 engine presumably, but it is the same car.

Wire wheels with spinners (now yellow), side lights in same position (additional light fitted on outside of indicator light and of course the same Rego Number and plates.

If anyone knows the current owner I would be interested in contacting them for further information and an update on the cars whereabouts.

The vehicle details for ENX 438C are:

On 18th November 2012 I received an email from Jean Christophe from Belgium informing me that an Ashley Sportiva was for auction in France on the 1st December 2012 and included an internet link to the auction site. It showed an "Ashley Laminates Ltd" nameplate on a yellow section of bodywork. 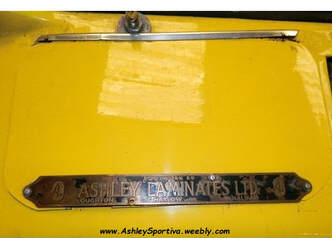 The following 3 photo's courtesy of www.interencheres.com
I replied asking for photo's and more information about the car as I suspected it could be ENX 438C. He was able to supply another link which included photo's that confirmed my suspicions that ENX 438C was on the market again. 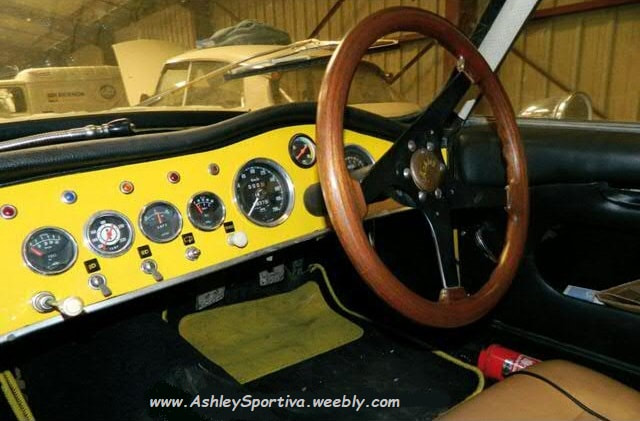 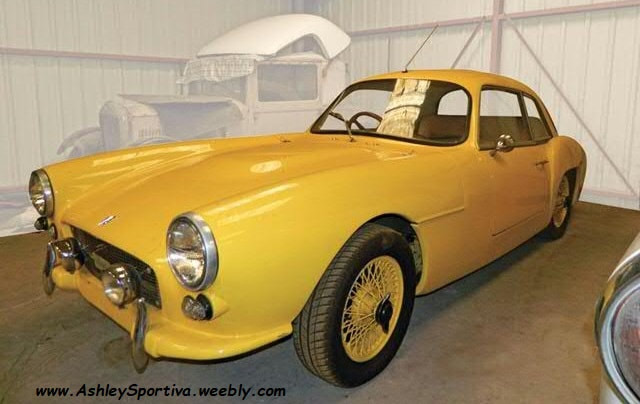 I emailed the auctioneer for information but have not had any reply unfortunately.
Jean Christophe is trying to get more information for me, he knew the owner 10 years ago and lived near to him in Charleroi, Belgium.

If anyone attended the auction and knows the new buyer please pass on this website and email address to them, as I would be very pleased to hear from them and learn more about the car and follow it's progress.

Time moves on and so it seems does this Ashley Sportiva. 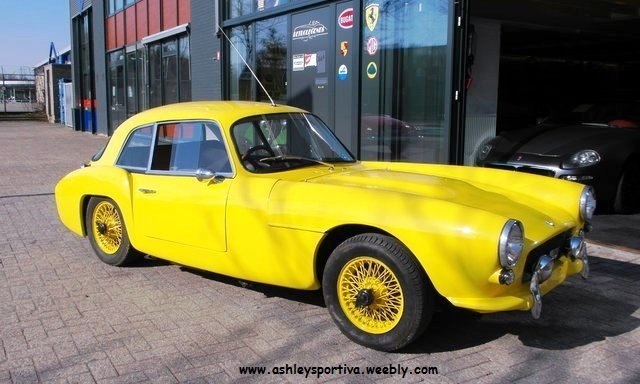 Photo courtesy of Retrolegends
Seen this time on a number of Websites selling Classic Cars this time it's For Sale at Retrolegends in Valkenswaard, Netherlands.


Below are more photo's courtesy of Retrolegends, unfortunately none under the Bonnet showing the Ford 3000cc V6 engine and how it's fitted.
To see more of the Retrolegends story with a video showing this car


Once again the Ashley Sportiva appears on the internet, this time at Classic Car Auctions in the online auction house of the Netherlands.

I had quite a few emails from different viewers to my website informing me of it's appearance at the online auction site.

As far as I can make out it had a starting price of € 14.500 but it had not sold by the end of the auction period. 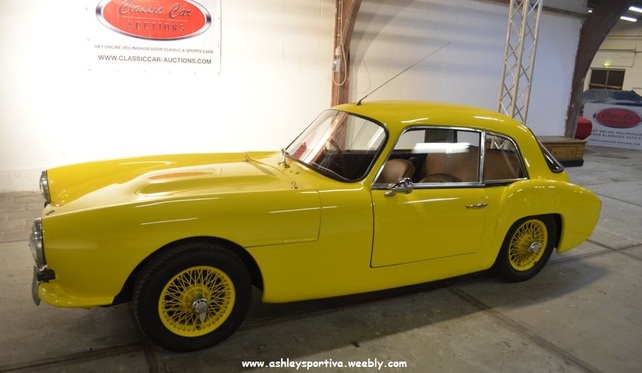 Attempts to contact the auction site by email were ignored as I had no response to any of them, so I have no idea what happened to the car after the auction finished.

One of my informants about the auction referred to it like this:

Dear Ivor,
Just to inform you. The Ashley ENX 438C is now for sale at an (Bankruptcy auction) in the Netherlands:
https://en.bva-auctions.com/auction/lot/9344/3668216
Oscar

So what happens to it now, I'll just have to keep looking through the internet and hope it turns up again. 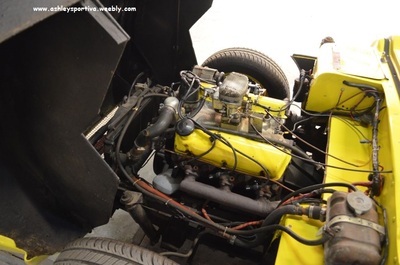 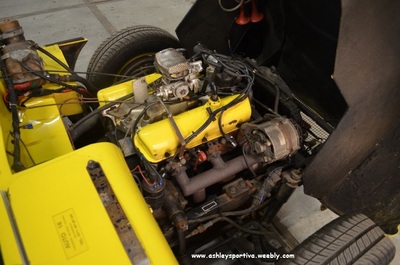 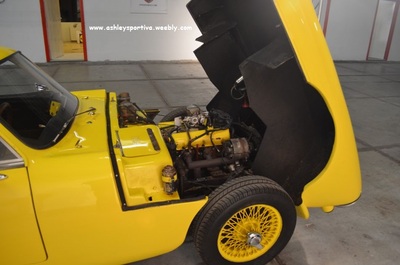 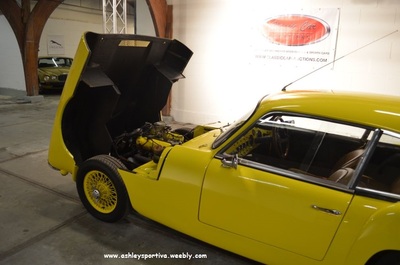 At least this time the photographer opened up the bonnet and took a few photo's of the engine and engine bay so that we finally get a look at it.

Below are a few more photo's from the auction.
May 2014


Well it's now 2014 and the Ashley has shown up again this time For Sale again at Retrolegends in Valkenswaard, Netherlands, maybe it never really left their ownership. 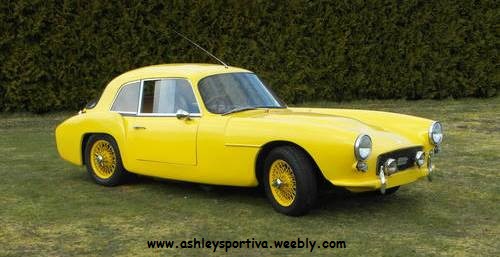 If anyone knows what happened to this Ashley or knows who the owner is now or see's it reappear on the internet please let me know,
that goes for any other Ashley Sports Cars also, Thanks.

If you have any information about this
Ashley Sportiva car
Registration No.
ENX 438C