B&W photo's courtesy of Warren Marsh
This Ashley Sportiva was first registered with the
FSCC Ashley Registrar in
December 1996.
Warren Marsh, the MG Z Magnette Register in Bristol, notified them that there was a derelict Ashley
​near Ledbury, Herefordshire
and that it was "For Sale".
He provided these two B&W photo's and requested details about that model of Ashley. 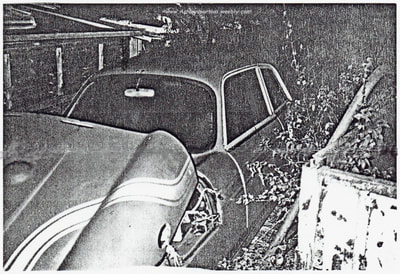 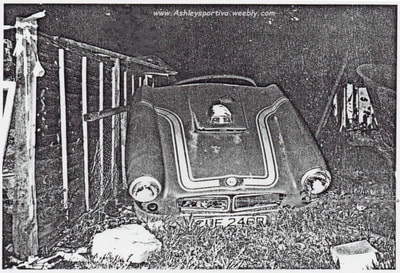 In May 1997 Warren again contacted the
FSCC Ashley registrar
Richard Disbrow and informed him that the Ashley was owned by a Mr.Viner
and it had stood outside for many years.
From other letters it appears that it had already been sold at that stage and purchased by
Mark Sanderson of Moulton, Northamptonshire.
Mark gave further details of the cars
​mechanical construction
as follows:
Sportiva Coupe c/w Boot lid, (bodyshell in good                                          condition).
British Racing Green gel coat.
Painted Red with Gold Stripes on bonnet and sides.
Chassis:  Triumph Vitesse. (along I expect with                                       suspension, etc)
Engine:   Triumph Vitesse 1600cc 6cyl,
fitted with twin SU. carb's.
​
Then by  January 1998 Mark seems to have removed the complete Bodyshell (with all glass)
​and it only, was For Sale at £250 ono
with a V5 certificate for an 1172cc. 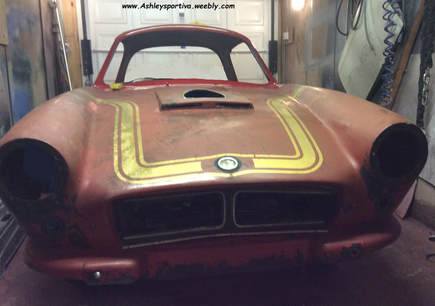 Photo courtesy of Dave & Adam
Robert James must have taken up the offer and purchased it, as in
September 1998
he was advertising it and other parts For Sale again, but with no sale price mentioned.
​
I have no further information about the bodyshell until
March 2015
when I had an email from Steve Humphreys telling me about a couple of Ashley's he owned and also a few Ashley Sportiva body-bits that he had acquired.
I replied requesting details of all of them if he could and was surprised to see from his photo's that the Sportiva body-bits matched
​Ashley CUE 246B. 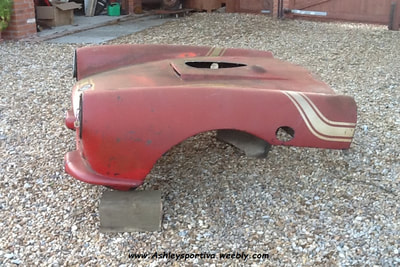 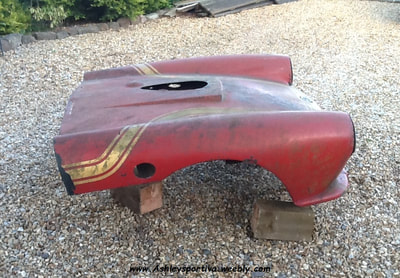 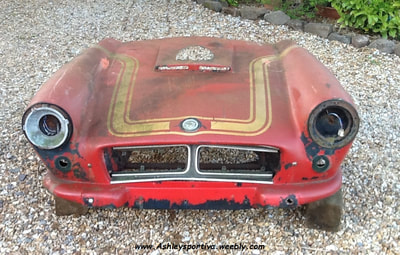 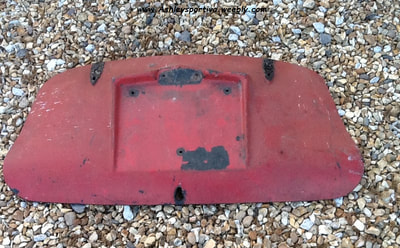 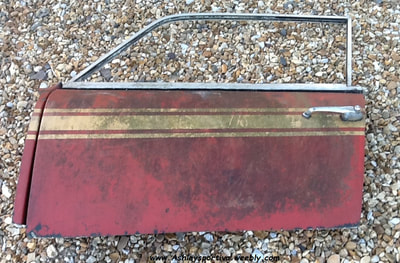 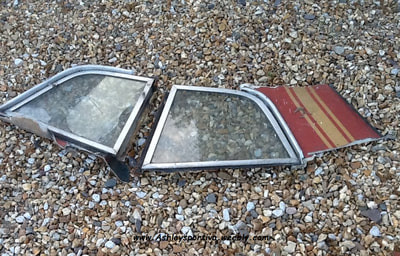 It was 12 months later in
March 2016
after many emails to and fro that I received additional pictures from Steve, these had been given to him by the guy that had supplied the Sportiva body-bits.

Showing the Ashley 1172 bodyshell that the chassis and mechanical's of CUE 246B had been
attached to before being sold into Europe. 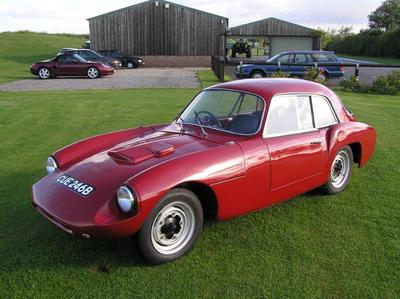 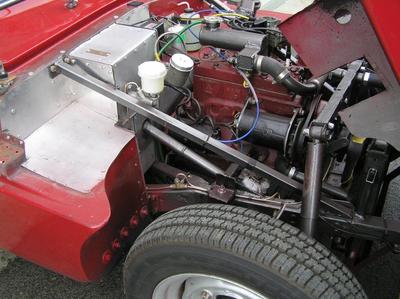 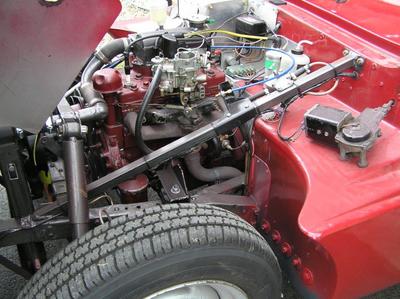 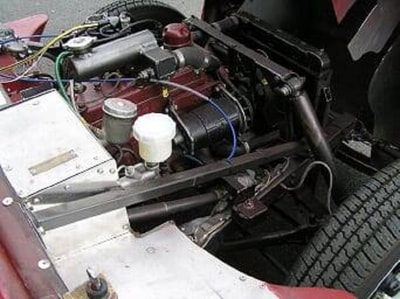