All photo's courtesy of Nick Perry and are of John Perry's car, his late fathers 1962 Ashley Sportiva Mk2
I had a bit of spare time in February 2021 and was surfing through the
Facebook Group pages which I have joined over the years
and found a new photo of an Ashley 750 - WSJ 582 on
Old British Cars.
I also noticed a comment from Nick Perry saying that his father John Perry had owned an Ashley Ford Special back in the 1960's and also adding that it was great car and how he loved being stuffed in the back with the dog and luggage when they went away for a family weekend.

Nick replied that his mum had some photos and he would dig them out.
But he did still remember the Registration No. 555 ARP .

I thanked Nick, saying it looked like a new one to me as I didn’t have any Ashley by that number, asking him for anything that he could remember and the photo’s would be much appreciated for a new webpage.

​I had a few other things to occupy myself with but at the beginning of April 2021 I decide to contact Nick again
to see if he had managed to find his Mum's photo's.
​
Next day Nick replied,
I will have a look over the next few days as I'm off work and on holiday.
Then
Found it Reg No. 555 ARP, Light Blue colour.
With this photo attached. 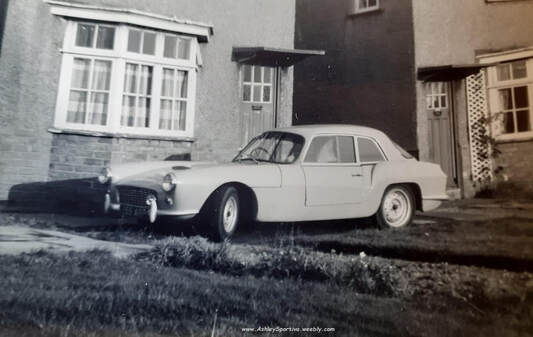 ​I thanked Nick for the photo, adding that it was the last model Sportiva produced by Ashley Laminates before they stopped bodyshell
​production in late 1962.
The Mk2 could be supplied as a shell only or was also available with the Ashley MkVI chassis with f/g floor and seating wells bonded in.
The Mk2 body had finned rear guards and moulded in front and rear bumpers.
I also asked if there were anymore photo’s that he could share with me and the internet world!
Nick's reply was:
​
Hi matey, I will have a dig through the mountain of my mum's photos     to see if I can turn anymore up, LOL
A month later I started writing this page so sent another message
hoping Nick had found some more photo's.
Also wondering if he or his Mum could remember anything about the cars mechanicals, was it all Ford based as most were or any other
tuning modifications to improve the speed, etc.

I also had been fiddling on the computer and working on his dad's
Ashley Sportiva photo adding a bit of colour to it,
I asked him to see if his mum thought the colour was close.

As I would like to add Nick's dad's name to the photo, if that was ok, could he send me his name, also did he build it himself or buy it from someone else?

Nick replied that the colour looks close it was a little bit lighter
also his dad's name was John Perry, and he bought it as a finished car.
So I'm hoping to get some more photo's if Nick finds any and
​will of course add them on here.
​Well just a few days later Nick sent another photo of John's car,
​taken showing the rear end of the Sportiva.
​ 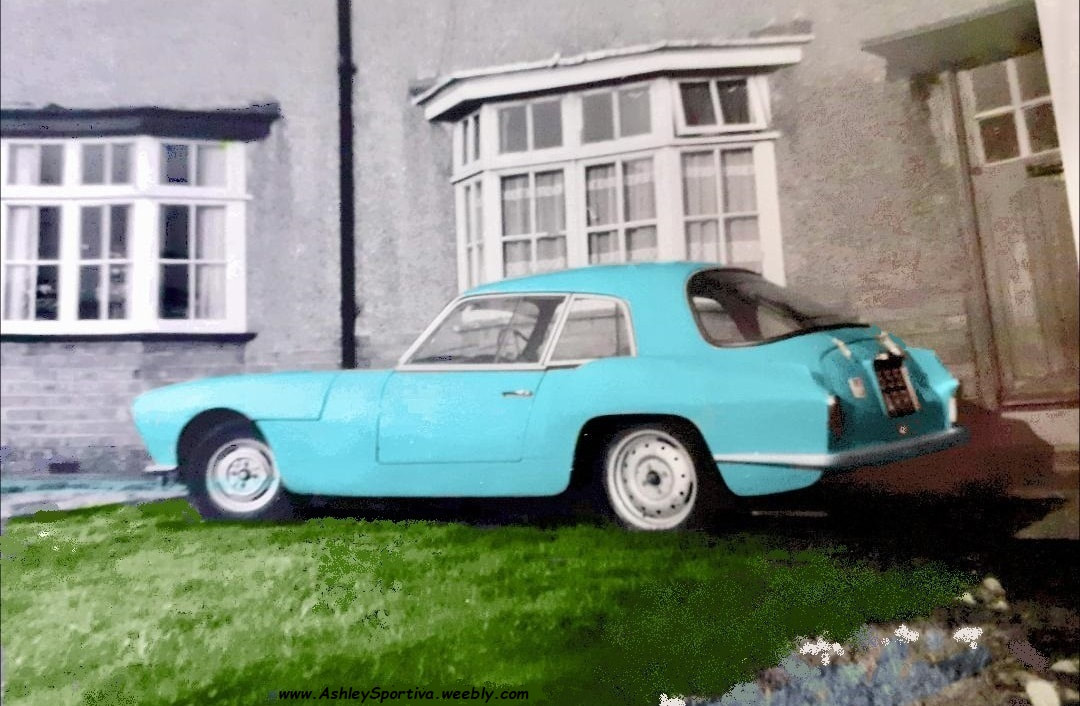 So if you built or have owned it in the past or have
any further information about this
Ashley Sportiva Mk2
Registration No.
555 ARP