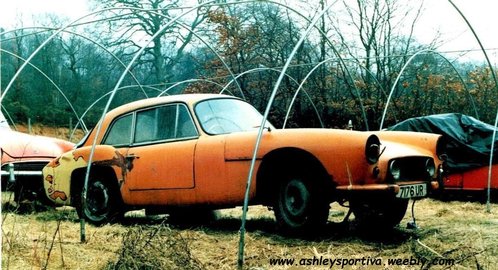 ​This was when first registered with the FSCC by Julian N. Guy
who was living in Birmingham at the time,
He noted that the chassis/motor/gearbox/front & rear suspension
and wheels were from an
Austin A40 Somerset

​
Julian later that year in August sent details offering the Sportiva
For Sale, he included a few more details about the car stating that he had some New spare parts with the sale also a Service Manual
& Spare Parts List and noted
the Ashley Body No. 2230,

and indicating that the Sportiva was located near
​Sevenoaks, Kent.

That's all I know about this Ashley but
if you have owned or know any more information
​about this
Ashley Sportiva car
Registration No.
7176 UR