Whilst on holiday in the UK in 2007 I found these photo’s on the internet, cannot remember what the site was, maybe a 4 sale on eBay, not sure.

Thanks anyway to that site for the use of the photo's and the owner at that time. 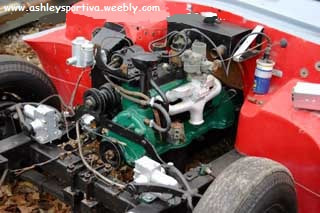 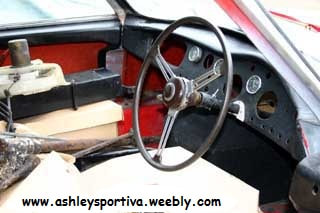 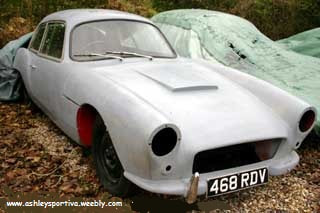 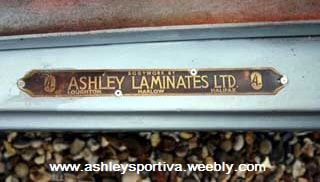 However I added them to my somewhat very disorderly, unindexed filing system and sort of forgot about them. 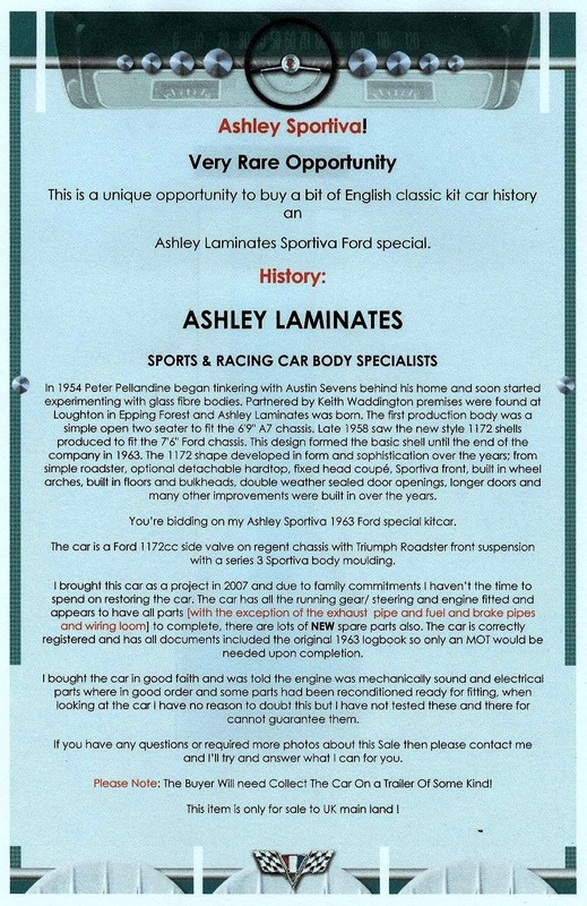 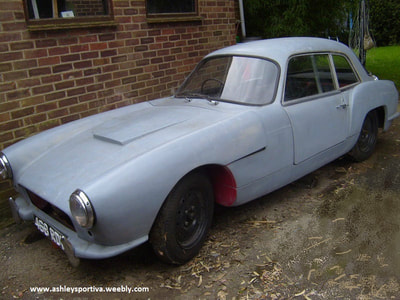 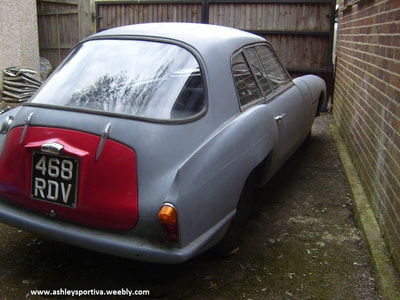 I immediately jumped to attention and scanned the pages with great interest hoping that it might be my 1962 Sportiva 6999 MU but it turned out to have a registration 468 RDV and was the last model in the Sportiva range.

However the pictures rang a bell with me, so back to my very disorderly, un-indexed filing system to troll through looking for I don’t know what and after an hour or three I found the 2007 pictures
these confirmed that I had seen the car before.

I was interested to know more so I contacted the Seller via eBay and explained to him:

I first saw your car on the internet in 2007 whilst looking for stuff for my website: www.ashleysportiva.weebly.com
I would like to feature your car on my site.
Could you please send more pictures and the story behind your car as far as you know, if you are interested.
I am in Australia and cannot buy your car but would love to
see your story on my site.
When you sell it could you let the buyer know that I would like to follow the restoration story for my site and give him my site details please.
Hope to hear from you soon.
Ivor
PS. when you sell it could you let me know how much you sold it for, I got 500 pounds when I sold mine in 1965 before coming to OZ
(my stake in a new life).

I received this reply stating:


I read your story about your car some while back now on
www.ashleysportiva.weebly.com

and I'm more than happy to give you as much information as I can.
Funny thing a guy contacted me the other day to say he owned my car back in the past and said he found it in an old barn in Chadwell, St Mary many years ago but never got round to doing anything with it
(much like myself)
I'll see what I can dig up for you. 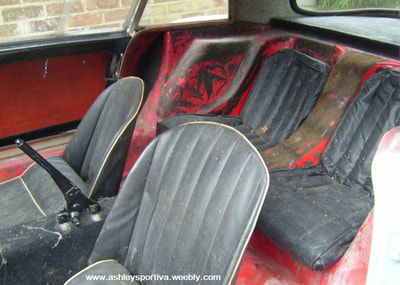 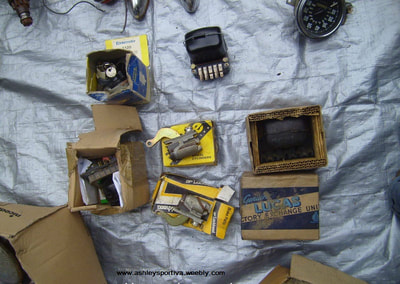 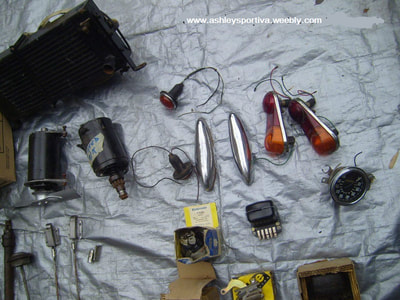 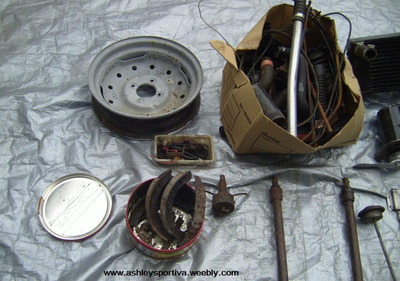 I was very pleased to receive this email after I had replied that if in UK I would be trying my hardest to win the eBay auction.

Hi Ivor
If you have the means, money and know how to buy and get the car shipped over to you in OZ
then although I’ve said I wouldn't sell this car outside the UK,
I would be happy to sell
it to you as I reckon the car would be going to the right person and would make a great addition to your interesting Ashley Sportiva story!

But you would first need to win the auction and then payment would need to be made within 3 days
and all the shipping arrangements and costs would need to be met by you.
All sounds very improbable but I thought you may like the chance.
If not I'll still do what I can to update your history of these great little cars.
Kind regards
Peter 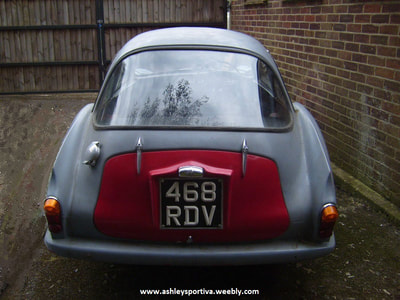 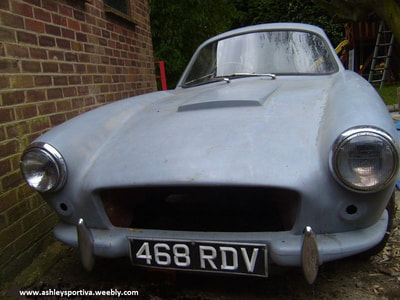 Thanks to Peter for the use of the photo's displayed above.

Alas I decided not too do so, a decision I regret to this very day!

Well there it is, a nice example of the ASHLEY SPORTIVA in its final form with the Ashley MkVI chassis.
I have not been able to find this vehicle registered with the DLVA so I cannot include the vehicle details from them.
I am waiting to hear from the new owner to continue this cars story and would like to hear from any previous owners to add some pre 2007 history for it also.

We know that it was an old barn find from Chadwell, St Mary, Thurrock, many years ago, if anyone knows any more about it please let me know.
Also that it was for sale in 2007 when purchased by Peter.

July 2017
Well now, that it was back in 2012 and I have not had any contact with the new owner, has it been an abandoned project, I really hope not.

However whilst putting all the Ashley records on an e-database for Richard and the FSCC a few photo's that had been registered with them back in
August 2005 came to my attention along with a letter from the then owner
Barrie Brace, of Hullbridge, Essex. 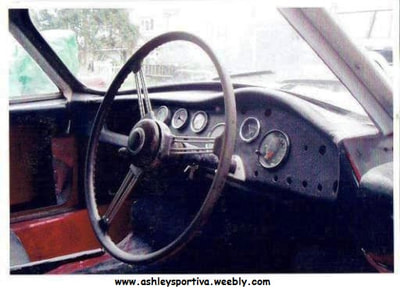 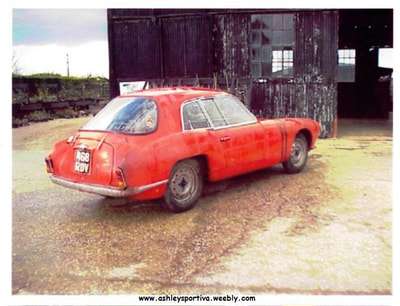 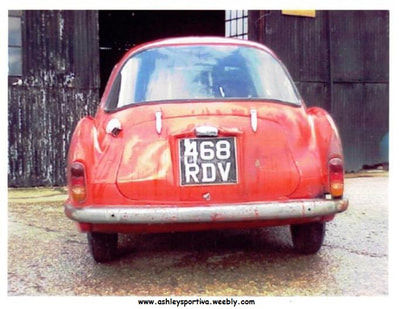 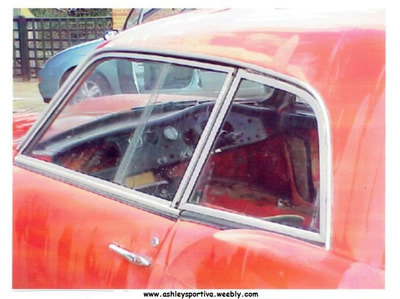 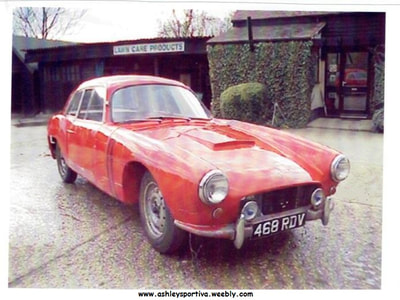 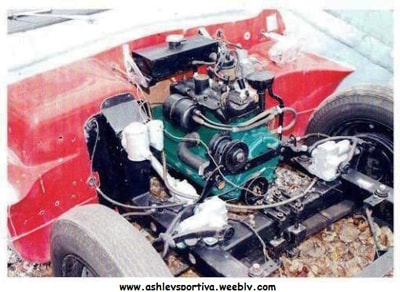 It was whilst looking at these new pictures that I discovered that I had seen a Sportiva with the two vertical black lines between the rear of the front tyres and the 'A' pillar, it took awhile but I finally realised that it was on my webpage

(click on above Blue text to see)
​
​If you now own or have owned in the past or have any further information about this
Ashley Sportiva car
Registration No.
468 RDV