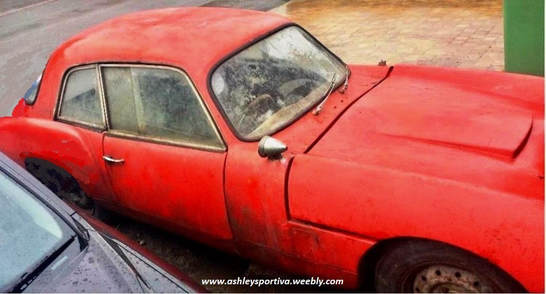 ​This 1962 Ashley Sportiva was first brought to
my attention via a contact by email in
April 2018
from Tracey Grant who gave me the
registration number 311 FM,
but Tracey thought it was a 1959 Ashley 1172.
I replied that I did not know a car with that registration but would like to get more info and some photo's to publish a webpage for it,
​unfortunately I got no reply.
​I was not until July 2018 that I noticed an advert on Gumtree.com LTD for the same car complete with all the photo's on this page.​ 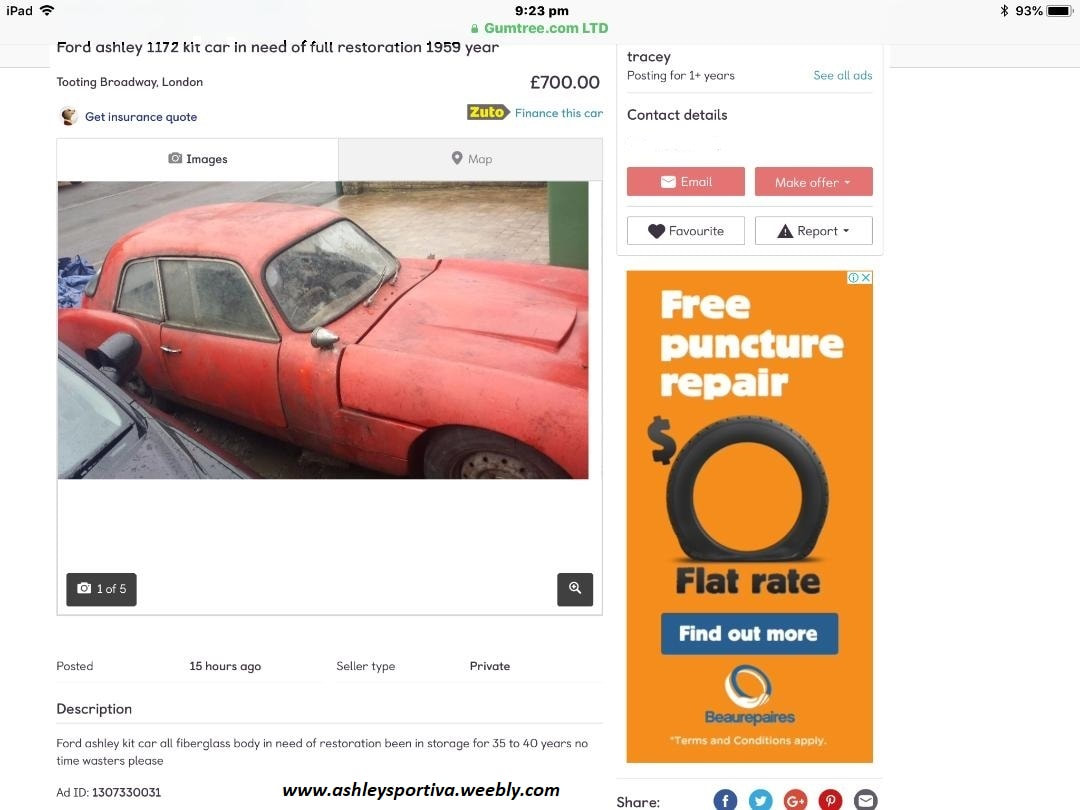 I was lucky enough to be able to copy all the details and Photo's at that time as the car must have sold over the next 24 hours as the advert had been removed before I looked next day.

​A bargain at £700 as it was the
Ashley Sportiva Mk2 bodyshell
complete with the Ashley MkVI chassis (see photo) which included a fibreglass floor pan and rear seat wells, it also included front and rear suspension and clutch & brake pedal pendant assembly

Photo courtesy of me the writer and the original Ashley Laminates Ltd
It also had a 100E Ford motor and gearbox and what appeared to be LMB Components 15" wheels and all original glasses intact.
A few f/g repairs, a good wash down and polish and the outside should look totally 1962 new again.
​Cannot comment on the mechanical's or interior as there were no photo's and after 35-40 years in unknown storage conditions, still should not be too bad.

All of the photo's above courtesy of Tracey ​and Gumtree.com.LTD

​I replied and corrected the year and model that Tracey had incorrectly sold it as and asked for more  details and photo's.
I also sent Bryan details for re-registering the
Ashley as he mentioned that he might do so.

Then in early September 2018 Bryan
emailed me that the work was finished and
the Christmas advert photography
completed (not that he knew at that time what the advert was) and the Ashley was For Sale again with some new photo's. 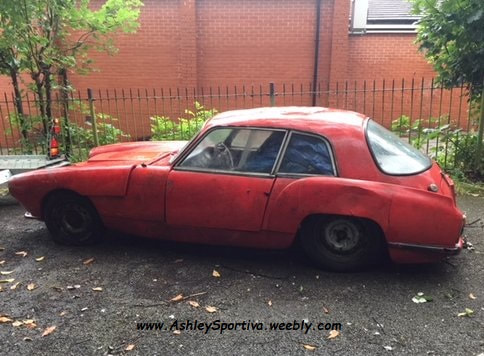 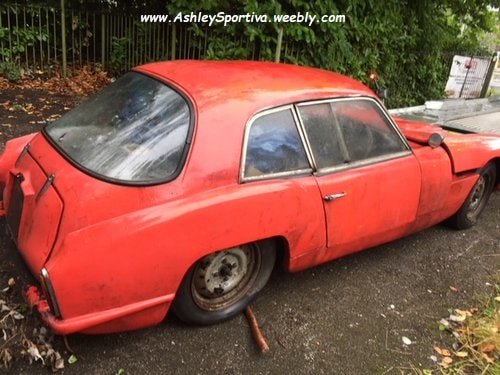 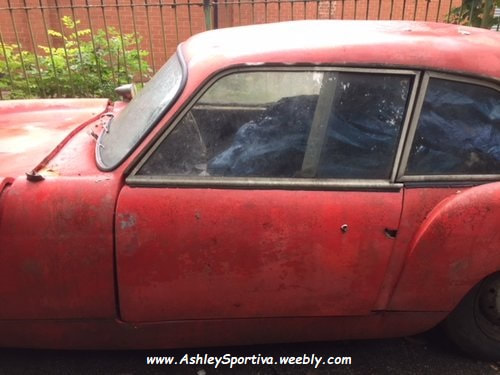 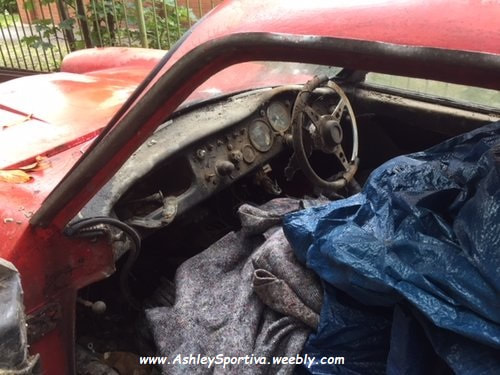 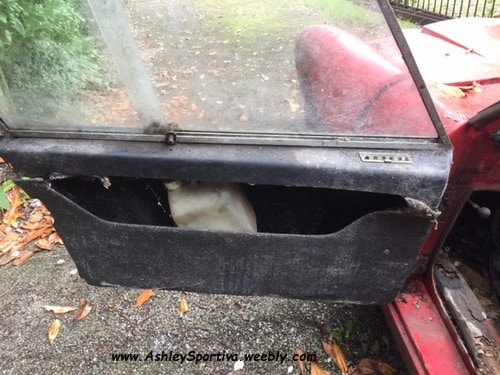 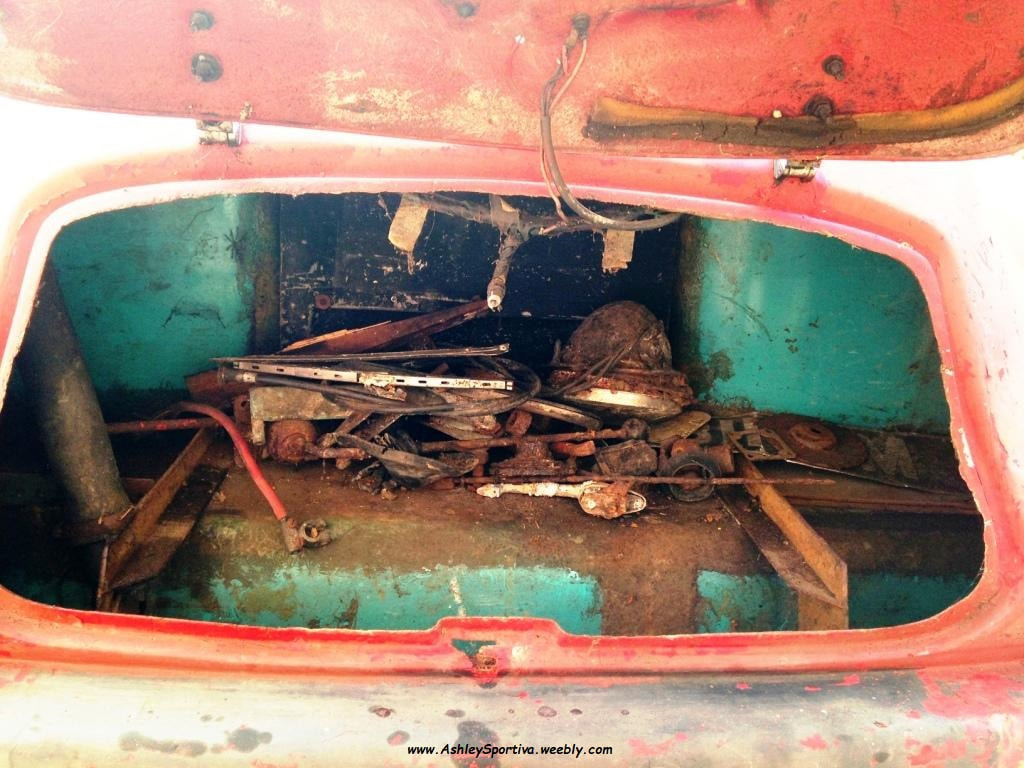 
It was at the end of September that I received
an email from Lee Blaylock to let me know that he was now the owner of the Ashley and "If I would like any info to just let him know".
​I did of course, asking
for more photo's and details of his plans
for the restoration, I mentioned the Ashley MkVI chassis and asked if it was in good condition as this was a luxury item to have back in the 1960's
and came with full suspension, floor and rear seat mouldings.

Looking forward to seeing further pictures and
hearing more about the condition of the rest
of the car and explaining my
obsession with Ashley's since the 1960's.​

A couple of weeks later another email arrived:
Ivor,
I have added some pictures, the chassis is in ok condition but someone has been chopping it about a bit to Fit a 116e engine and gearbox but never finished the install.
I have now cleaned the car up a bit but I am very disappointed because I can’t find the vin number so
cannot get a logbook so the car may never go on the road again I carn’t put time and money into it so I may have to sell it for parts which would be a shame.
​
The Photo's all arrived OK and I have managed to get them loaded too as you can see above.
You can see what he meant about the chassis being butchered to get the engine in, still a bit of clever welding should fix that up.

I said to not damage the glass screens as they are very hard to get, if not impossible.

Would love to see it fully restored, (just as well I'm
​in Oz or I would buy it myself, even at my age).

Well it's now  January 2019 and I must contact Lee again to see what he decided to do with his Ashley Sportiva.

I have not done much as it’s too cold and wet and I don’t have a garage.
I have repaired the crossmember were it was cut out.
I have not found the chassis number yet.
Hope to do more when the weather gets better.
It's now  April 2022 and I have
heard from Lee again and he is selling the car
​so I have added a "For Sale" page on this site for him.
A few days later after 3 only enquiry's it was sold.

Also if you have any information about this car from
June 1962 until April 2018 please contact me
so that I can
add it to this webpage for all to see.

please email me on