All photo's courtesy of Mike Ford - of his late father's 1963 Ashley Sportiva Mk2
​In the midst of the UK's second 2020 Covid-19 lockdown on Friday 13th November of all days
I received an email for Mike Ford re-his late Father's 1963 Ashley Sportiva.
​
Hello, I thought you maybe interested in my late fathers old car.
​We no longer have this car but my late father owned the car in the mid-60’s about 1968?
I hope these images are of help to you
Kind regards
Mike (Ford)
Sheffield, England
PS. Dad lived in Rotherham, South Yorkshire, England. 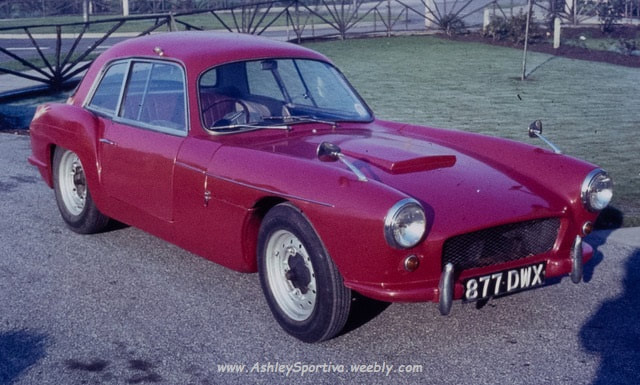 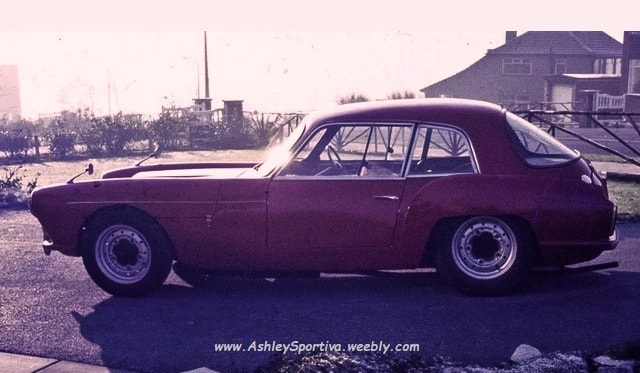 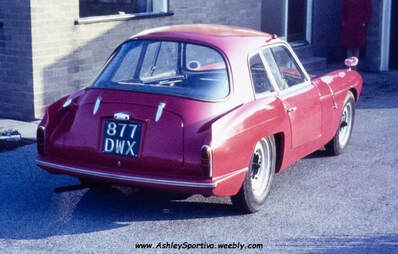 I checked my records for the Registration Number but I had no record of it, a check of the DVLA database also showed no record so it probably didn't make it onto the mid 1970's electronic changeover.

A check on the UK Vehicle Registration listing indicates that the car was originally registered at the
West Riding of Yorkshire C.C. in April 1963, so a new car registration, not an old Donor car.
After I replied to Mike he sent a few more details for me:
Hello again Ivor,
I’m glad you find the images of interest, dads name was Richard Ford. He used to buy ‘unusual' cars, he
had all sorts, a Daimler, Railton, the other red car
you spotted in his garage... he even bought home a White beach buggy one day!
He didn’t build any of the cars, he bought them and usually ‘cheap’ and as projects! He was a college principal by day and a ‘car tinkerer’ by night, sometimes working in his double garage until the early hours or before if he banged his balding head into a car bonnet once again!  (I can relate to that).
He was a delightful and very clever man and he is missed by myself and family.
If I think of anything else I’ll pass it on to you
Kind regards
Mike

The photo of the other red car I spotted in his
garage I've shown below. 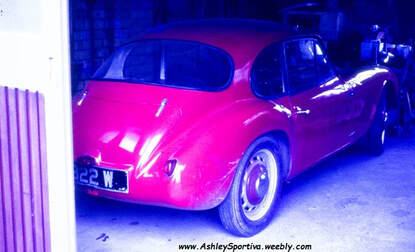 It looks a bit like a Rochdale although the rear looks wrong, I asked around and it is a Rochdale GT but it has raised a question as it has a boot lid whereas the original Rochdale GT’s didn’t.
Maybe Richard modified it and fitted a boot lid, Richard Ford's GT is unknown by the Rochdale archivist, and a bit like me they are old school petrol heads and like to collect as much info. as possible
for their files.
​
So if any of you have owned it or you modified the rear end of the Rochdale GT around the 1960's please let me know and I can pass on the details.
​Also if you have any information about this
Ashley Sportiva - Mk2
Registration No.
877 DWX

(originally registered by West Riding of Yorkshire C.C.  in April 1963)