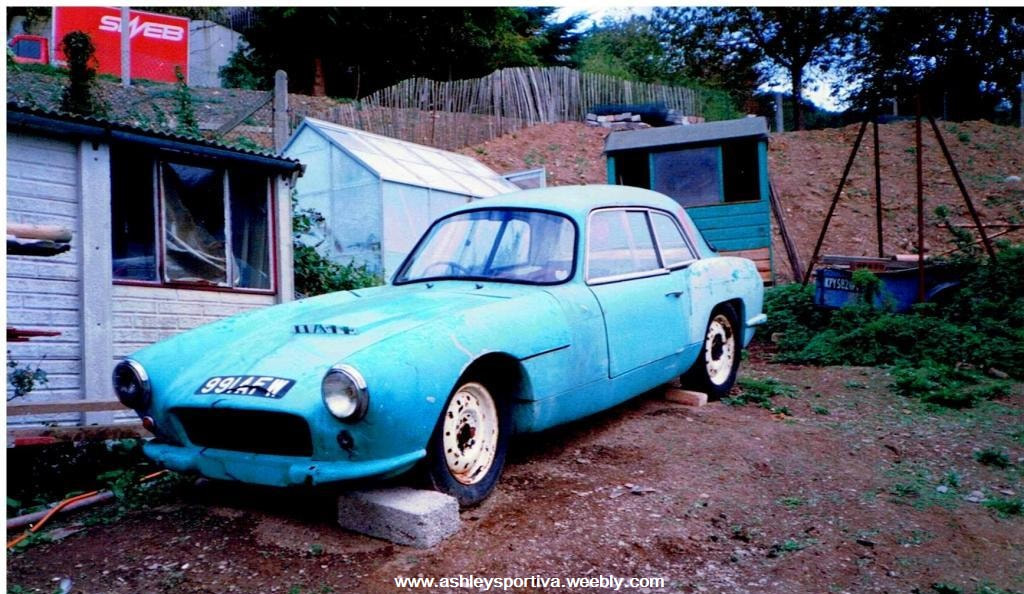 Photo courtesy of Richard Disbrow & FSCC
I know this picture shows a Registration No. 991 AFW, but when you read on you will see why.

There are no DVLA records for that Registration No. so the registration details had not been entered into the electronic database due know
doubt to the Ashley not being used in the late 1970's.

Also the original builder is not known, however ​in 1989 the Ashley was owned by Francis Angle of Plymouth, Devon and he did have some details
​that he past on to the FSCC.

​We also know that before Francis had the car, it had in December 1984 been re-registered as SSV 255 which was an "Age Related SV" Registration No. issued by Kinross C.C. in Scotland.
So between 1961 and 1984 it has most likely been off the road and missed the electronic database entry by the DVLA and had to be re-registered.
The current DVLA database show's the following details:​
Registration number: SSV 255