All photo's courtesy of Daryl - the owner
It was early in February 2014 that I was contacted, via this websites "Contact page", by Daryl the owner of this Sportiva open tourer, the message was short but very interesting:

I have been restoring a 1961 Ashley Sportiva Roadster and expect to have it on the road in the next few months.
Spec incl﻿udes Aquaplane head, twin SU's, Bellamy suspension and wheels.
Reg 8224 MT, Ashley body number 1918.﻿ 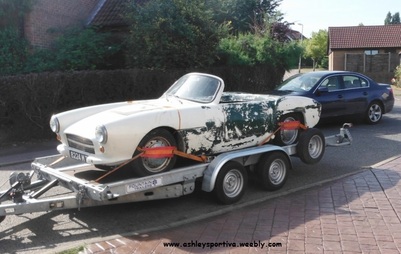 Sportiva pickup and delivery
I got back to Daryl asking for more details as I didn't have any record of the car, although I did find it logged in the DVLA Database.
I also asked for any Photo's he might have
of the car.

He got back to me with the following:
The car had one owner until I purchased it in Oct 2012, had a colour change from gree﻿n to wh﻿i﻿te in the late six﻿ties, it was﻿ taken off the road in 1972 and has been in a garage ever since. Attached some photos. will keep you updated w﻿hen its back on the road. 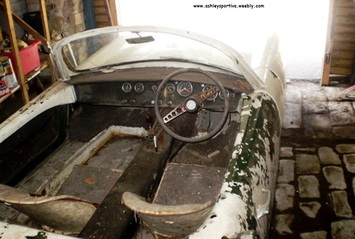 Ashley as stored since 1972
I replied asking more questions about the car and commented that the dashboard in the photo appeared to have been modified from the original Ashley model, Daryl replied that:

After it went off the road in 1972 it was stored by Mr Potter whom I bought the car from so I am only the second owner.
It is now back to its original colour green. The dashboard is made up aluminium and comes off with the instruments attached, so no fiddling lying on your back upside down to do the wiring.
I intend to take the car to show Mr Potter when its finished so hopefully then he would be able to give me some more info on it. ﻿﻿﻿
﻿

The new photo's show some of Daryl's work on the car since he made his purchase and the new colour scheme for the bodywork. 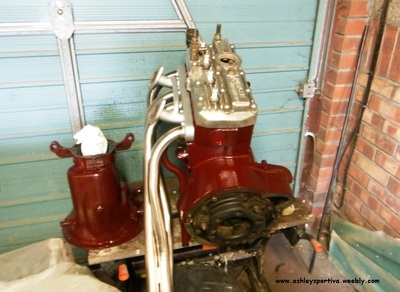 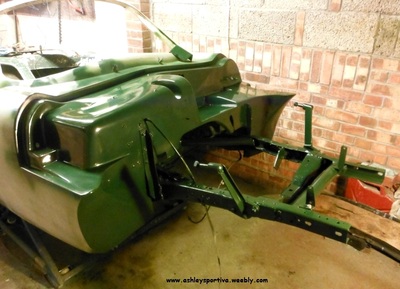 The vehicle details for Ford Ashley - 8224 MT are:


Looking forward to getting more info and photo's as the restoration progresses and the car gets back on the open road. Hopefully the rain stops soon, so Daryl can drive it in the dry.

Well, it must have dried up enough for Daryl to get his Sportiva open tourer out on the road again as I received an email with some new photo's of the car in it's now as new condition. 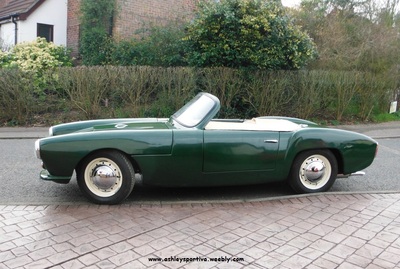 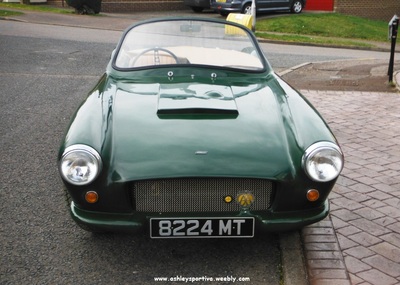 There will I'm sure be more to see as the summer weather comes along so that Daryl and the car can get out and about to motoring display days,
maybe a visit to the
2014 Historic Specials Day at Burford in the Cotswold's
and not forgetting the visit to Mr Potter the original owner/builder. 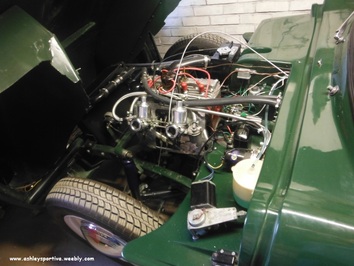 I have had these further photo's from Daryl and some info about the engine/bonnet bulge, which is required to make room for the distributor.


I imagine that the bodyshell was originally fitted lower than it should have been back in the 1960's as the Ashley bodyshell design would have allowed for the distributor's clearance on the Ford 1172cc engine. 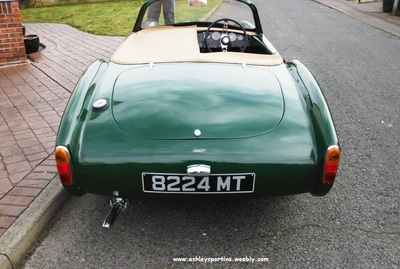 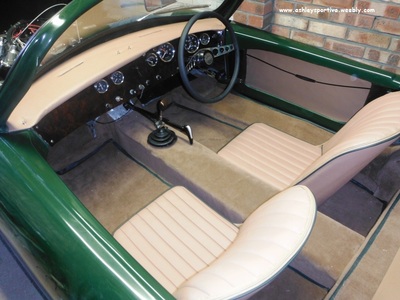 I doubt that anyone will
have any more information about this

but if you do
please email me on